Having not published any posts this year, and being almost halfway through 2019, I thought now a good time to offer some discussion.

2018 was a genuine test of bitcoin holders’ mettle.

I have argued previously that weak investors often overreact to price signals and ignore other fundamental properties. This shouldn’t diminish the importance of price and the insight it can offer into market psychology.

I believe we are at the start of another bull cycle, so now is an opportune time to develop a strategy (for new and incumbent bitcoiners).

1/ We are in the early stages of a new #Bitcoin bull market. Let's explore what we know about such bull markets based on observations from the four major hype cycles that Bitcoin has already undergone. A thread 👇

I want to re-iterate that for anyone holding or considering to hold bitcoin the most important detail is to understand your motivations for doing so.

For speculators who want to increase their purchasing power, (whether realized in fiat or BTC) price is the most important indicator. It is prudent for these investors to formulate a thesis and an exit strategy once their targets are reached. Those who fail to make these plans often make the mistake of panic selling at lows and FOMO’ing back in at highs.

There are hundreds of theses which analyse price movements, market psychology, bull and bear cycles and statistical predictors, all of whose purpose is to try and accurately predict the future price. I have taken from many of these tools and have formulated my own opinion – it is extremely important for every individual to formulate their own thesis, and to act on it. People who fail this often blame “gurus” for their losses or forever live in regret for not making the right decisions in hindsight – don’t be one of these people.

Outside of speculation there are numerous other use cases for bitcoin, but I won’t be discussing these in this post.

Many people have taken notice of Facebook’s proposed launch of a digital currency called Libra. Technically it really is a waste of time to devote any attention to this but socially and psychologically it may be interesting.

Bitcoin solved two major problems: apolitical money supply and trustless transacting. A financial network which is not beholden to 20th century power structures. This is the purpose and value of Bitcoin. Anyone who is interested in these properties will gravitate towards Bitcoin and work to improve it in whatever capacity they are able to (this is evident across multiple professions from computer science, to economics, finance, cryptography, art, marketing, mathematics, engineering, energy, and even some politicians). Anyone who opposes these properties will defame, attack and – in Libra’s case – compete against Bitcoin (other notable opponents include: regulators, ICO peddlers, bankers, Nobel Laureates and faux environmentalists).

In summary Libra is an overly long and complex way for Facebook to turn themselves into a bank, and a weak attempt at avoiding cumbersome regulations by calling it a “cryptocurrency”.

Libra will probably be easy and convenient to use and will wake millions up to the existence of digital currency. Just as Facebook is used as a massive data mining tool on its users, Libra is poised to become the financial layer of this data mining machine.

Users of Libra will have no privacy and no freedom. When transactions get censored and users’ privacy is violated, then switching to Bitcoin is the obvious choice – all roads lead to Bitcoin. The arc is slow but everyone eventually gets there. 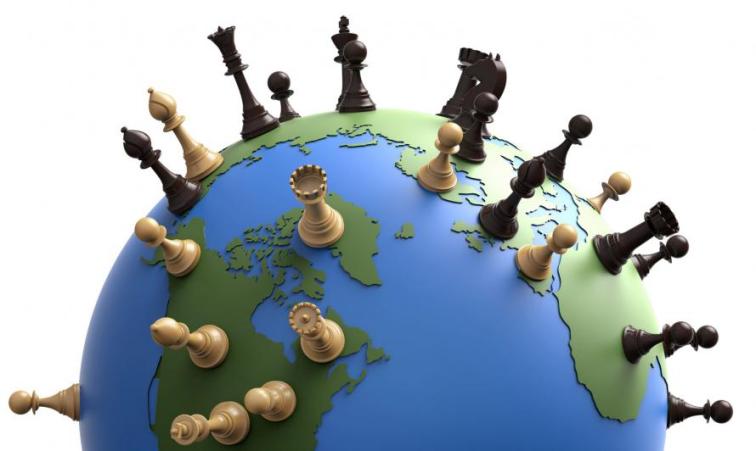 Looking on a longer-term horizon it is worth giving some thought to the geopolitical implications of a larger Bitcoin network.

Opinion is somewhat divided and can be split into 3 main groups:

Group 1 believes that once Bitcoin reaches a certain size then governments will just shut it down. My questions to this group are always the same, “how?” and “why haven’t they done it already?” I’ve yet to be convinced by their arguments but government still poses a threat and they have many tools at their disposal. Case in point is Ross Ulbricht still serving a life sentence for his role in operating the Silk Road. Convicted of non-violent, victimless offences which mostly involved the sending and receiving of data.

My heart gravitates towards Group 2 but this is only because I am hopeful and naïve. Although Bitcoin is a very robust and resilient network at 10 years old, and has managed to fend off all attackers thus far, there are still greater and unforeseen challenges ahead.

Group 3 is the most reasonable position. Bitcoin will likely face large scale attacks but we have the tools to fend them off.

Yes, [we will not find a solution to political problems in cryptography] but we can win a major battle in the arms race and gain a new territory of freedom for several years. Governments are good at cutting off the heads of centrally controlled networks like Napster, but pure P2P networks like Gnutella and Tor seem to be holding their own.

2 thoughts on “Thoughts from Cryptoavli”