[*the feature image is data from the Bitcoin Genesis Block. Note Satoshi’s embedded message on the right hand side.]

As a result of Bitcoin’s incredible emergence, the market has been forced to re-examine the reality of our world and more specifically our monetary systems.

As such I have tried to design this blog from a first principles basis, beginning with simple definitions and working upwards from there. Unfortunately, I am finding that much of this approach is being missed, lost or ignored.

In this piece I would like to attempt to give my answer as to what Bitcoin is; then to show how and why it is significant.

If we study the history of our human species we will discover obvious links in the evolution of different mechanisms and technologies.

We are by no means the fastest or strongest species in nature and therefore we needed to develop a range of strategies in order to survive. There are detailed anthropological studies which presents evidence of our evolution but, for the purposes of relating it to Bitcoin, we can draw the following simplified connections:

In order to survive Homo-Sapiens needed to co-operate. To co-operate effectively we require communication; to communicate effectively we developed language. Language allowed for trade between distant tribes. Out of trade arose the need for money. Money facilitated more efficient trade and allowed for wealth preservation and inheritance. Thus, if one follows from the other, Bitcoin can be defined as any, and all, of the preceding links in the chain. Calling Bitcoin “money” is only the most basic definition we can give it.

Intrinsically, Bitcoin is just electricity. Electricity which travels through any capable data network. Electricity which has the ability to communicate, transfer and store data across thousands and thousands of nodes worldwide. In order for us to interact with Bitcoin we simply code and send new electrical messages into the network. Thus, to debate whether Bitcoin should be regulated is completely absurd. It is analogous to contemplating whether or not a tax should be imposed on your WhatsApp messages.

So, in my opinion, Bitcoin is simply Digital Speech and as such should be protected by our inalienable right to freedom of speech.

Because Bitcoin displays very specific traits, it functions as the most Ideal Money in human history. These traits can be explained from first principles.

The Special Commodity or Medium We Call Money* [paraphrased from thewealthofchips.wordpress.com]:

It is difficult (impossible) to determine the specific underlying commodities that a money represents, however, markets can be used as a means of price discovery.

Let us remember that value is subjective and price is a means for agreeing and transferring that value.

Exchanges facilitate and broadcast price discovery within a particular market. In actuality price can be agreed between any two entities or individuals using any medium of exchange for any good or service.

The significance of price is very limited. It is simply a snapshot of the market’s aggregated perception of value. It offers an instantaneous estimate for the quantity of base currency that you can immediately (or relatively quickly) earn in exchange for your goods. For Bitcoin, fiat price quotations are only significant for short-term speculators who still denominate their wealth in USD, GBP, ZAR or any other fiat.

If your intention is to accumulate fiat currency only then does price take on any significance; I find this strategy to be illogical. Bitcoin is superior money to fiat. If you share this opinion with me then it should be obvious that the purpose of this game is to accumulate as many satoshis as possible. Fiat was the power play of the 20th century; we are now living in the 21st.

The satoshi is the smallest unit of the bitcoin currency recorded on the Blockchain. It is a one hundred millionth of a single bitcoin (0.00000001 BTC). The unit has been named in collective homage to the original creator of Bitcoin, Satoshi Nakamoto.

I have mentioned previously that Bitcoin cannot exist in a vacuum and is only priced against fiat currencies to give it context. Gradually, more and more of the market will recognize Bitcoin as Ideal Money – when this realization becomes ubiquitous then our universal pricing standard will switch to Bitcoin.

Imagine I invented the telephone and I alone had the ability to communicate faster and further than ever before. I would be faced with two options:

Humans are characteristically greedy, hence #2 is usually how new discoveries and technologies get introduced to the masses. Generally, through collusion between big business and government most industry gets monopolized. As evidence of this just assess the current structure of the energy, telecoms, farming, pharmaceutical, alcohol, gambling, and banking industries.

Technological advancements are only gradually shared with the populous (in order of richest to poorest) and it is only done so once enormous profits have been guaranteed for the oligarchs.

Open-source development radically challenges this approach and finds greater value in sharing above hoarding. Bitcoin is living proof of this. Satoshi bestowed his gift upon us unconditionally.

This leads me onto comments made recently by Jamie Dimon – CEO of JP Morgan; the largest bank in America and 6th largest in the world with $2.4trillion on their balance sheet. The living embodiment of “the establishment”.

I hate to give any credence to Jamie but, I believe it is important to illustrate how his comments betray his genuine fears. Bitcoin has broken the monopoly over money supply, access to banking services and the transmission of value. Bitcoin poses an existential threat to the legacy banking system and to career criminals like Jamie Dimon.

His tactic of blatant market manipulation is so transparent that it’s almost boring to observe. Shortly after spreading FUD (fear, uncertainty, doubt) about Bitcoin, which he could be reletively certain would depress market prices, his bank processed very large orders for Bitcoin. The market should have noticed this (even assumed it beforehand) and instead of precipitating a drop in price, Dimon’s comments should have immediately been the catalyst for a major price increase.

We will begin to hear more and more people, like Jamie Dimon, making grotesquely inaccurate statements about Bitcoin (see Newspeak later in this piece). Expect these types of comments to proliferate from anyone closely linked to the legacy banking system and to oppressive ruling regimes – and learn to take them as signs of vindication.

The legacy system makes its extremely onerous for law-abiding citizens to communicate using money. Those days are over. Bitcoin performs their exact function safer, cheaper and quicker than any bank can ever compete with.

Bitcoin also threatens the most effective tool for population control which is the money supply. This leads us onto China…

I argue that by “banning” Bitcoin, the Chinese government are not trying to kill Bitcoin. Instead they have recognized its geopolitical power and are attempting to control and accumulate as large a share of the 21 million as possible.

How do I reach this conclusion?

If exchanges have been coerced and are now merely functionaries of the Chinese government then most Bitcoin trade can be tightly controlled.

Mining has not been restricted, therefore, the accumulation of coins under Chinese control is not hampered but their movement outside of China is strictly limited.

If Bitcoin supplants the USD as the global reserve currency then Chinese ownership of US government debt becomes significantly less valuable.

It almost goes without saying that Bitcoin is un-banable. Think from the regulator’s point of view. How exactly would we stop thousands and thousands of pseudo-anonymous addresses from digitally communicating with each other? Never mind the gross abuse of human rights that this would constitute, it is simply infeasible for any entity to successfully eliminate, halt or silence Bitcoin. If it was possible would they not have done so already?

This gives every individual in the world an incredible tool to reclaim personal sovereignty.

It also needs mentioning that even if the centralized services offered around Bitcoin are shutdown (such as the Chinese exchanges), Bitcoin is designed in such a way that we need not be reliant on these second-layer services. The information is freely available and we all have the ability to mine, exchange and store Bitcoin without ever interacting with the legacy systems.

By de-legitimising and de-valuing government paper, we literally take away their ability to wage wars all over the globe (Can Bitcoin End War?). By putting real wealth in the hands of individuals, not corporations nor governments, subsidies for crooked industries will completely disappear.

Using Ideal Money we have the opportunity to recreate our world. Freed from debt-slavery we can morph ourselves into an open, collaborative, sharing society where prosperity, dignity and sovereignty is afforded to all citizens.

Rather poetically (since I define Bitcoin as digital speech), I see the battle between Bitcoin and the ruling class of the legacy systems coming down to basic communication. Our grasp of language will be critical to winning this battle. They will attempt to control the narrative, redefine the meaning of language (as western media has done to the word “terrorism”) and to portray Bitcoin within their narrow (and false) descriptions. 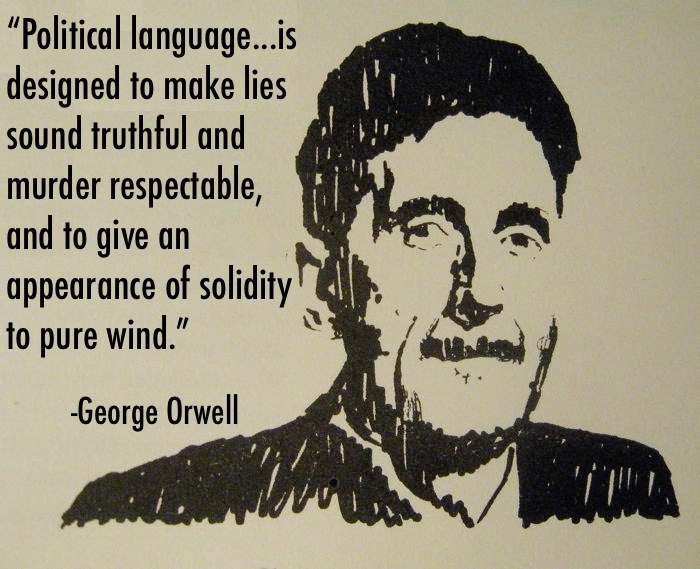 If the establishment successfully convinces us that Bitcoin is currency and as such must be regulated, policed and taxed then we have lost the battle.

If we broadly accept my definition of Bitcoin as digital speech then it is clear that it should not be regulated or interfered with in any manner whatsoever.

The battle of ideas takes place in our minds and language is the weapon with which it is fought. Beware of falsehoods, propaganda and outright intimidation – these are the tactics of Statists. We have already won the war, let us not surrender the battles.

One thought on “The Significance of Bitcoin”