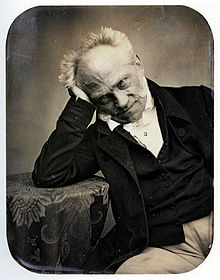 “All truth passes through three stages. First, it is ridiculed. Second, it is violently opposed. Third, it is accepted as being self-evident.” – Arthur Schopenhauer.

As individuals we need to go through each of those three stages to reach a point where we can accept Bitcoin; intellectually and practically. By educating ourselves we will replace the fear and ignorance that currently permeates, with knowledge, excitement and enormous opportunity.

Our comprehension of Bitcoin can further be broken into three questions: what?, how?, and why?

What Bitcoin is, is rather straightforward. It is money. Money in the digital form, Bitcoin achieves all the functions of traditional money. It is a store of value, it is tradable, fungible, portable, durable & divisible (for a deeper explanation of Money vs Currency see Hidden Secrets Of Money Ep 1 – Mike Maloney).

Why Bitcoin is a different consideration altogether. I have answered this from my own philosophical point of view in earlier blog posts, most specifically in “The Fierce Urgency of Now”. You each need your own answer to this question which will require introspection, thought and a proper understanding of monetary systems.

The how for Bitcoin is the hardest question of the three to answer, and is a hinderance to mass adoption (for now). But remember; every new technology is misunderstood, at first, and appears too complex to fathom. Think simply of radio. How does a person on one end, speak into a microphone, whose voice is then sent somewhere into the ether; on the receiving end, by tuning in to the correct frequency, you are able to snatch this voice back down and it reverberates out as if the speaker was physically beside you. This is pure magic. Yet, we take it for granted.

Bitcoin’s Blockchain is also magic. A product of inspirational genius. By dissecting its architecture we can start to answer how Bitcoin works and, sooner than we think, we will take it for granted and “accept it as being self-evident”.

To truly grasp the nuances of Bitcoin, we must be able to conceptualize the overall architecture, and that means delving deep into the mechanics of Blockchain.

Open-source means that any developer can work with, and inside, the Blockchain provided that the correct protocol is adhered to. In this way the cryptography ensures that the rules are followed by every CPU that joins the network. Similarly, any developer can create software that is able to interact directly with the network. As long as the new software follows all the rules, the transactions sent to the Blockchain will be processed and accepted. This is how wallet applications and exchanges are created and able to participate and trade Bitcoin i.e. send and receive payments.

Peer-to-peer means that participants can communicate and exchange directly with one another, completely bypassing any 3rd party interference or influence. For example, I can send Bitcoins to Nigeria without acquiring clearance from a bank (who will impose a further charge for transferring funds across national borders and across currency).

Decentralization is achieved by Bitcoin for every single transaction. The authentication process, record keeping, transfers, verification of ownership and supply of new Bitcoins.

The power of this incredibly disruptive technology is rapidly changing the way our world operates. Understanding decentralization correctly is key to understanding Bitcoin.

Where we traditionally rely on “trusted” 3rd parties or clearing houses (banks, foreign exchanges, western union, etc…) to handle, verify and transfer our currency, decentralization comprehensively destroys that model. It turns the process of verification and transfer into a multi-nodal system that requires consensus before a transaction is recorded.

Consensus: This word has been widely used to describe processes within the Bitcoin Blockchain. It is often mis-used and is ambiguous. I will try to be as clear as possible when I explain where and what I mean by network consensus.

To conceptualize the Blockchain we should imagine a room with only 10 people. Each is a market participant and each is also required to verify and record every transaction on mirrored public ledgers (this constitutes a totally decentralized system; 1:1 ratio of participants to administers). This economy can be said to operate via a physical human-blockchain. The rules to trading are completely transparent (i.e. you may not spend more than you own, no single person can create more currency without consensus [100% agreement in this case], no person can edit past ledger entries). If one of the participants turns hostile (attempts to manipulate the system in any way) then, as soon as the behavior is detected, by any other participant, the hostile behaviour is rejected.

Should person A wish to transact with person B then a message is broadcast to the network (all 10 people). “A wishes to send B: 100 coins”. All 10 participants then work to verify the validity of this transaction.

Once each person has verified the transaction, it is accepted by the network and recorded in all 10 ledgers. This is how a theoretical human-blockchain would work.

Now re-imagine this process, happening across hundreds of thousands of computers all over the globe. It involves highly technical cryptography to ensure that the verification process is reliable and tamper-proof. The core concepts of Bitcoin’s digital Blockchain is exactly the same as our theoretical human-blockchain.

Despite Bitcoin’s open-source decentralized attributes, there remains a lot of uncertainty as to how new Bitcoins actually get created. We have become so accustomed to the idea of a central authority printing currency that it takes some time to feel at ease with this revolutionary new method.

Additionally, the identity of Bitcoin’s creator often gets convoluted with this question. To paraphrase from bitcoin.org/en/faq:

“Satoshi Nakamoto’s anonymity often raises unjustified concerns because of a misunderstanding of Bitcoin’s open-source nature and decentralized structure. Everyone has access to all of the source code all of the time including a complete history of every transaction ever completed.”

It suffices to say that Bitcoin has achieved the complete decentralization of the entire monetary supply. Therefore it should be understood that the identity of Bitcoin’s inventor is probably as relevant today as the identity of the person who invented paper. {You can read some of the comical attempts to identify Satoshi here.}

So, to answer our original question: the network issues new coins after verifying the proof-of-work from a single node (a Bitcoin miner). This requires consensus (100% agreement amongst all network miners), therefore no single participant can create or issue their own Bitcoins.

How do I get Bitcoin?

There are three methods by which anyone can acquire Bitcoin.

Future posts will explore these avenues in greater detail.

The data, which contains numeric values and cryptographic coding, is recorded in a transparent public ledger and attached to various public addresses – The Blockchain. This data is what is known as Bitcoins.

Bitcoins are “held” by public addresses which get assigned by the blockchain. Essentially, it is a number visible on a computer stored in thousands of databases spread around the world. This sounds uncertain but, in truth, it is infinitely more secure and trustworthy than current banking procedures.

In fact, we have been using digital currency for decades. Since the advent of digital and fractional reserve banking, our fiat currency is also just a number on a computer screen.

When a loan is issued by a commercial bank, currency is created. Not in the form of cash but through a card with the ability to spend x amount of funds, and this gets reflected as a negative (or debit) balance against the receiver of the loan. The new currency is issued as debt and is only backed fractionally by deposits. When we deposit cash into a bank, it gets reflected as a credit balance which we trust will be readily available when we need.

Legally, banks merely have an “obligation” to repay your balance when demanded, yet somehow we have grown to trust this system utterly. This, however, is merely perception. Our trust is routinely broken – a lesson recently suffered by Cypriot and Greek citizens.

With Bitcoin, our trust lies in the Blockchain. An immutable system which has not broken a promise in almost 9 years of existence, and never will.

Where is Blockchain data found and how do we access it? 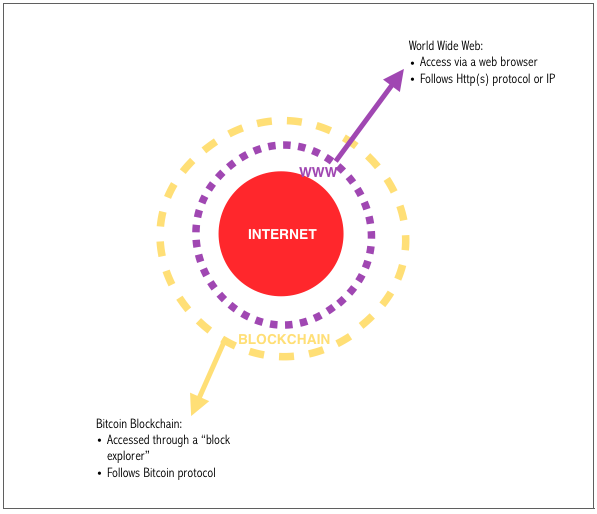 Protocol: In telecommunications, a communication protocol is a system of rules that allow two or more entities of a communications system to transmit information. These are the rules or standards that define the syntax, semantics and synchronization of communication. Protocols may be implemented by hardware, software, or a combination of both.

Just like the radio we also take the internet for granted. We understand very little of the actual infrastructure of the internet. Simplistically, it is a network of cables and wireless routers that transmit data.

Similarly, the Blockchain can be viewed via “Block Explorers” which is analogous in function to a web browser.

The commands necessary to view the desired data will require some study before a “Block Explorer” can be utilized properly.

I hope that the explanations I have given helps to put a clearer image in your minds as to how the Blockchain actually works. Once we have a picture, we can develop our understanding. Understanding cultivates trust. Once we trust, we can become participants.

One thought on “Blockchain & Bitcoin; Understanding the Architecture; Attitudes Towards New Technology”