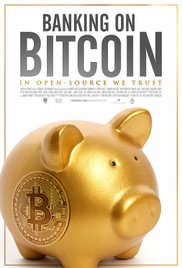 A superb documentary. In every scene, through each sub-plot, setback and victory, from every detractor to every pious adopter, my faith in Bitcoin intensified.

Banking on Bitcoin offers the ‘man on the street’ an introduction into Bitcoin and the world of digital currency. Logically explained, it is made easy for the viewer to understand this new world of digital currency and the complex technology which underlines it. Plus, it has the added value of being highly entertaining at the same time. The film spans Bitcoin’s entire life; from pre-inception to current day developments; and leaves the viewer with a full perspective and a deeper understanding of the greater social impact of this disruptive technology.

A key theme throughout is the battle between the regulators and the early adopters. A very telling feature of either side are the motivating factors behind their actions. If we analyze some of the quotes taken from the film we begin to gain more insight.

David Shaum of Digicash, “Anonymous spending is essential to democracy.”

Nick Spanos, who attempted to create a live Bitcoin trading floor and was forced to shut down after Benjamin Lawsky instated the BitLicense, espouses “Bitcoin is the honest currency.”

Erik Voorhees, Bitcoin entrepreneur, “…I’m not in this purely from a business perspective. I’m in this because I’m trying to change the world and make it better.”

Unfortunately, Alex Winter (Director of Deep Web) correctly observes that the “First through the door gets shot.” It happened to Aaron Swartz; to Chelsea Manning; to Barrett Brown;  to John Kyriakou; to Perry Fellwock; to Daniel Ellsberg; to Edward Snowden; to Julian Assange; to Charlie Shrem; to Ross Ulbright; all fell victim to being first through the door and daring to challenge existing power structures. I shudder to think how much longer that list could continue. Is it even believable to us that so many have been prosecuted so vindictively, simply for promoting truth, openness, sharing and freedom? Even more unbelievable is that the very entity doing the prosecuting supposedly exists to protect the values which they are destroying. The mind boggles.

Let us now turn our attention to the regulators, most often represented in this film by Benjamin Lawsky – Superintendent (Supt.) of Financial Services, NY.

Benjamin Lawsky is the perfect microcosm of the existing power structure, which will fight tooth and nail to maintain the status quo. He is determined and powerful, but also deluded and incapable of understanding. At no point is any meaningful compromise put forward by Lawsky.

Superintendent (has bureaucracy ever created a more grandeur title?) Lawsky attempts to blame all the world’s evils on Bitcoin. In his world view, Bitcoin is responsible for facilitating any and all illicit activity. Let us examine this claim against reality and use a small amount of logic…

Imagine a world without Bitcoin and what would we have? Complete disarray in the Middle East, enormous amounts poverty, growing gap between rich and poor, increased radicalism –  All systemic symptoms of a broken and rigged global economy. Bitcoin simply allows us to exit that calamity and participate in a fair and open economy. I’ll bet that most of the world’s problems improve overnight if the global economy abandons Fiat and switches to Blockchain currency.

Supt. Lawsky claims that “virtual currency [is used] as a vehicle for money laundering, drug trafficking and other major felonies.” Even if this is so, did alcohol consumption cease during prohibition? Were there no drug lords before Silk Road? Did regulation prevent HSBC from laundering money for ISIS and Mexican drug cartels? Did the regulators prevent global financial meltdown in 2008? This myth that society requires protection, bestowed by some arbitrary authority needs to be permanently debunked.

Consider also that it never occurs to Supt. Lawsky that perhaps the rules themselves necessitate the money laundering. I know of an honest person (John*) who recently moved to London (100% legally) and attempted to open a bank account. The rules prevented John* from being able to gain access to banking for over 3 months after having visited multiple banks. John* eventually had no choice, and resorted to forging documents. So John* the liar was given a bank account, but John* the honest person was denied. That is indicative of a system which has rules for the sake of rules, has abandoned logic and common sense, and is destined for ruin.

Perhaps Supt. Lawsky could learn from some John Lame Deer (Mineconju-Lakota Sioux) insight: “Before our white brothers came to civilize us we had no jails. Therefore we had no criminals. You can’t have criminals without a jail. … …We had no written law, no attorneys or politicians, therefore we couldn’t cheat. We really were in a bad way before the white men came, and I don’t know how we managed to get along without these basic things which, we are told, are absolutely necessary to make a civilized society.” Benjamin Lawsky is “the white man” coming to “civilize” Bitcoin.

This is Lawsky’s shortcoming. He believes that humans cannot know how to behave unless they are told how to do so by law. Logically that cannot hold true, since the humans who created the law couldn’t have known beforehand, how to behave without the law they are busy creating.

Furthermore, the blockchain itself will do far more to identify, vilify and reject immoral behavior than any law or regulation could ever hope to achieve.

Banking on Bitcoin beautifully illustrates the altruism of Bitcoin and the Blockchain, and critically exposes the oppression and ignorance of regulators and government.

Having watched the documentary for a second time, I remain relatively certain of two things:

Bitcoin and the Blockchain are unstoppable, and the possibilities of what we can achieve with it are infinite. Bitcoin wins. There is nothing any government can do to stop it. We should all be Banking on Bitcoin.