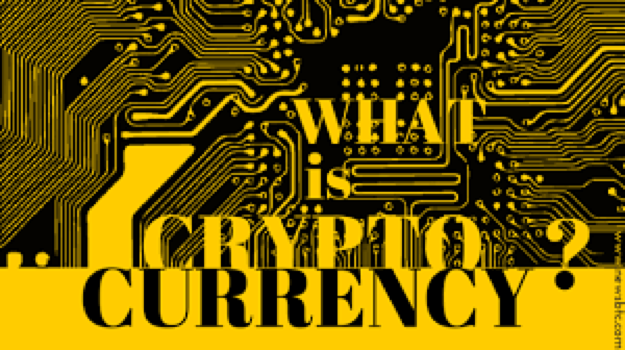 Cryptocurrency, as you have surely deduced, is derived from ‘cryptography’ and ‘currency’. It’s function is currency and its language is cryptography.

Cryptography is the art of solving codes.

Highly complex codes which would take the average human weeks, months or years to solve can be solved by computers in a matter of minutes.

At present there are hundreds of cryptocurrencies in circulation, often referred to as digital currency. The most famous being Bitcoin.

The Bitcoin whitepaper was published in 2008 authored using the pseudonym Satoshi Nakamoto. Satoshi is believed to be a collective of coders but very little is known about the exact identity(ies). On 3 January 2009 Satoshi created the Bitcoin genesis block.

Mining is the process of providing computing power to secure the Bitcoin Blockchain. It also serves to cryptographically timestamp transactions. The use of that power is rewarded with Bitcoins.

Blockchain refers to the public ledger that verifies and assigns all Bitcoins in circulation. The physical Blockchain is the hardware that powers the network and stores the data. The substance or data contained in the Blockchain is the allocation (through digital consensus) of where Bitcoins of varying value are assigned to specific addresses. Essentially a worldwide public ledger.

In future posts we will investigate the methods by which the network is secured. In one sentence, it is multi-nodal cryptographic verification.

The supply of Bitcoins is modeled on the characteristics of gold or other finite and scarce natural resources. It can only be issued by network consensus which is how decentralization is achieved. The important aspects to understand are that the supply is diminishing (which gives Bitcoin scarcity), ends in 2140 and will total ~21 million Bitcoins on completion. Currently there are ~16 million BTC in circulation. This number increases each time a Block is completed.

As we progress we will learn more about the mechanics that the system operates on. We will learn about privacy, security, and how decentralization underpins the entire system.

We will begin to understand how the Bitcoin Blockchain is immutable and, uncontrollable.

We will investigate cryptocurrency exchanges, alternative cryptos, digital storage, and the plethora of new developments that are germinating each day.

This is the future; and it’s wonderful! Won’t you please come and join us?

One thought on “What is Cryptocurrency?”